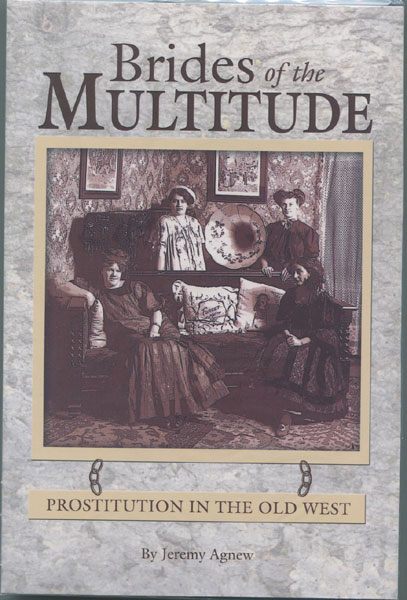 Brides Of The Multitude: Prostitution In The Old West

First edition. 8vo. Pictorial stiff wrappers, 256 pp., introduction, illustrated, plates, portraits, chapter notes, appendices, glossary, bibliography, index. An historically accurate account of why prostitution ran rampant in the Old West during the prudish Victorian period of the United States. It explains who these women were, their reasons for becoming prostitutes, the types of establishments of prostitution, the conditions under which the women worked, and problems associated with sexually transmitted diseases and contraception. Further the author examines many of the myths associated with prostitution in the Old West. He points out the differences between urban and rural "soiled doves," as well as Eastern and Western prostitutes. He also describes a definite social order present among the prostitutes. As new.

Johnny Ringo. The King Of The Cowboys.
STEVE GATTO

How And Where To Get A Living. A …
Atchison, Topeka & Santa Fe Railroad