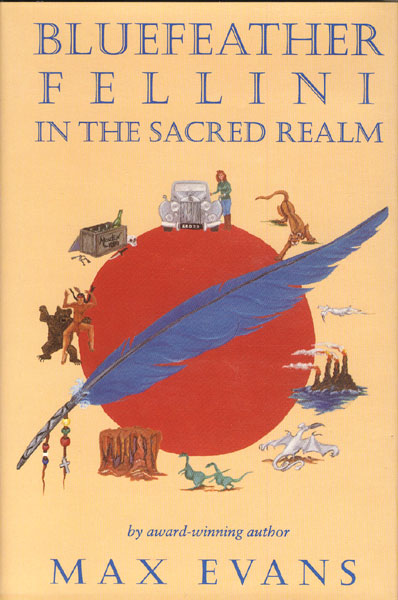 Bluefeather Fellini In The Sacred Realm

First edition. "Set mostly in New Mexico in the late 1950s, the story follows Bluefeather Fellini-half Taos Indian, half Italian, a prospector and WWII vet-as he undertakes a mission to locate priceless cases of wine but instead stumbles upon a subterranean complex of caverns populated by human-like "triloids," fish-horses and other bizarre evolutionary offshoots. This underground realm-which Bluefeather explores with Marsha Korbell, his fiery redheaded lover; Sherry Rousset, a Harvard-educated Kenyan naturalist; and Bluefeather's cryptic spirit-guide, Dancing Bear-holds such wonders as a vast limestone palace guarded by the Olders, banished human criminals who can never return above ground. Two mad and power-hungry entrepreneurs have designs on this realm, and Bluefeather suspects that Marsha, the adopted daughter of one of them, may be spying for her father." Fine in dust jacket.

A History Of Piute County
by Linda King Newell