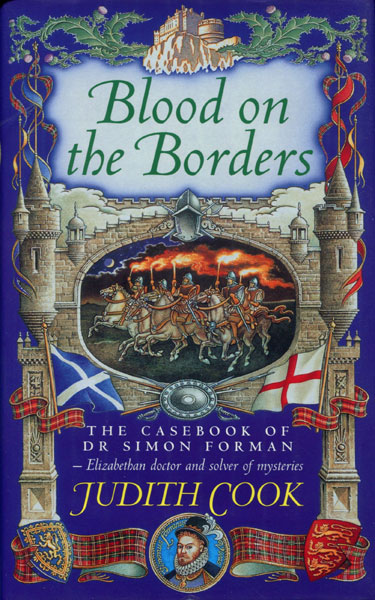 Blood On The Borders.

Other works by JUDITH COOK

First edition. Signed. Fine in dust jacket. It is May Day 1592, Dr. Simon Forman is awaken by a man at his doorstep dying from a sword thrust. The next morning he's accused of harboring an enemy of the state. In order to prove his innocence, he agrees to travel to Edinburgh on a secret spying mission, a place where people believe in, "a life for a life." As one gruesome murder follows another, Forman must act quickly to identify the ruthless killer before he finds his own life in jeopardy!

The Man Who Wrote Books In His Head …
PATRICIA HIGHSMITH

Scrope; Or, The Lost Library. A Novel Of …
FREDERIC B. PERKINS