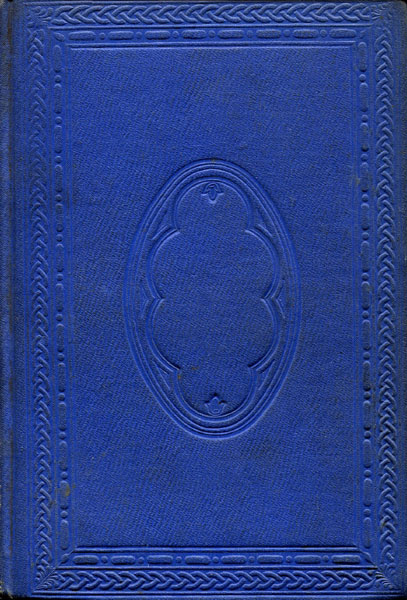 First U. S. edition. Preceded by Harper's issue in parts. Two volumes. Octavo. [2], xvi, 480; [6], [481]-936, 4 [publisher's ads], [2] pages. Portrait frontispiece and thirty-five additional inserted plates on multiple kinds of paper stock (note: lacking first two plates, remainder not placed in accordance with illustration listings at front of first volume). Publisher's blue cloth, spines stamped in gilt, boards in blind; all text block edges trimmed. Back strips dulled just a shade; spine ends softened and worn; gilt stamping a bit tarnished; boards rubbed and a bit soiled; mild wear and discoloration along edges; corners tapped. Text blocks very slightly dulled, particularly at edges, which are a bit foxed with the top edges dust-soiled; foxing at endpapers and throughout interior. Very good, remarkably clean copy of a scarce edition. A Haycraft Queen Cornerstone. Bleak House was first published as a 20 episode serial between March 1852 and September 1853. The novel has many characters and several sub-plots, and is told partly by the novel's heroine, Esther Summerson, and partly by an omniscient narrator. The novel revolves around Jarndyce vs. Jarndyce, the longest and most confused court case imaginable. The case is based on a testator who left several versions of a will. The courts attempt to determine which the correct one is, leaving a fortune to the true inheritor. It is a tangle of disputed wills and disrupted inheritance that has tied up the High Court of Chancery for decades, suspending the lives of its legatees and incurring costs of 60,000 to 70,000 pounds. But while the intricate puzzles of the lawsuit are being debated by lawyers, other more dramatic mysteries are unfolding that involve heartbreak, lost children, blackmail and murder.

A Deadly Shade Of Gold.
by John D. Macdonald

Anatomy Of A Scandal
by Sarah Vaughan

The Case Of The Lucky Loser
by Erle Stanley Gardner