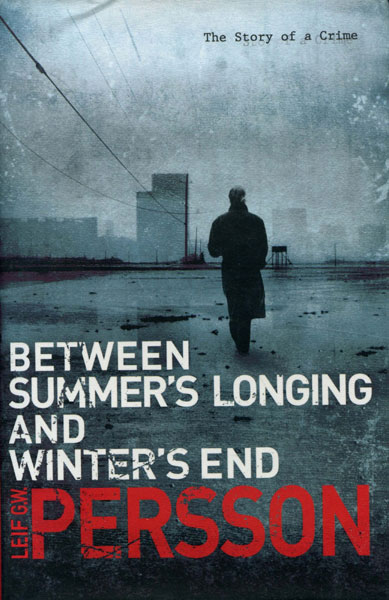 Between Summer's Longing And Winter's End.

Other works by LEIF G.W. PERSSON

First U.K. edition. First edition was published in Swedish in 2002. Translated from the Swedish by Paul Norlen. Fine in fine dust jacket. "The first novel in a trilogy that has become the defining account of the unsolved 1986 assassination of Swedish Prime Minister Olaf Palme - an event that still haunts the collective Swedish memory." The death of an unknown American in Stockholm, though tragic, should be an open-and-shut case, a simple suicide. When Superintendent Lars Martin Johansson begins to delve beneath the layers of corruption, incompetence and violence currently strangling the Stockholm police department, he uncovers a complex web of treachery, politics and espionage. Johansson realizes that there is nothing routine about this little death as it quickly catapults him from domestic drama straight to the rotten heart of Sweden's government.

One To Count Cadence.
JAMES CRUMLEY

Once Too Often.
DOROTHY SIMPSON