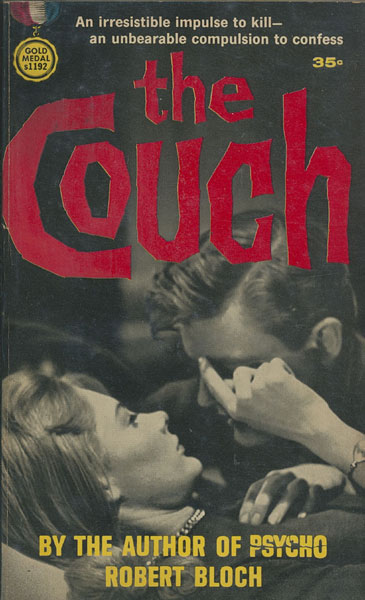 First edition. Paperback Original. Gold Medal S1192. Signed by the author on the title page. Fine bright copy in pictorial wrappers. Novelization of a screenplay from and original story by Owen Crump and Blake Edwards. 1962 Warner Brothers picture starring Grant Williams, Shirley Knight and Onslow Stevens. A man has a terrible secret ... he won't even tell it to his psychiatrist. Walking down the street at any time, he doesn't look different from other people. But, he knows one of them is about to die! The story of a mass-murderer. Scarce.

When The Sacred Ginmill Closes.
by Lawrence. Block

Written In The Blood
by Stephen Lloyd Jones