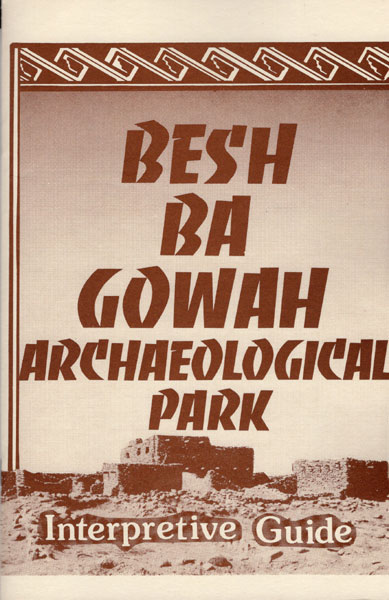 First edition. 8vo. Pictorial stiff wrappers, iv, 41 pp., acknowledgements, introduction, illustrated mostly from photographs, map, selected bibliography. About one mile southwest of the City of Globe, Arizona lie the ruins of an ancient Indian pueblo abandoned by its former occupants nearly six hundred years ago. The ancient village is known today as Besh Ba-Gowah. The translation of the name is roughly "place of metal," as given by the Apaches. The partially restored ruin, provides a fascinating glimpse of the lifestyle of a people who occupied the region more than two centuries before Columbus discovered the "New World." The interpretive guide is designed to greatly enhance enjoyment of Besh Ba-Gowah as a living archaeological museum. Fine copy.

Papers And Testimony In The Case Of W. …
by W. A Burleigh

The Montanans.
Bill And Martin H. Greenberg Pronzini [Edited By]