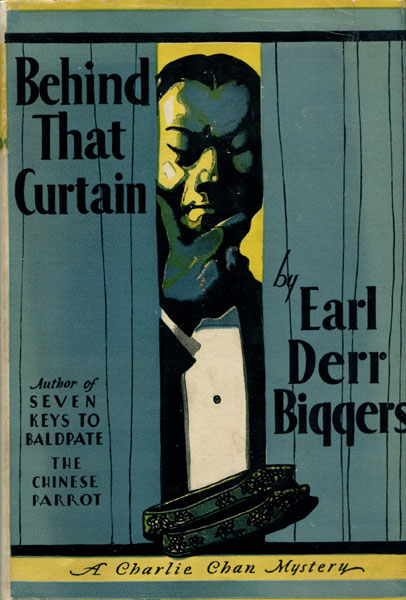 Later edition. Fine, bright, square copy in dust jacket with light professional restoration to spine ends. Former head of Scotland Yard, a detective who is pursuing the long-cold trail of a murderer. Fifteen years ago, a London solicitor was killed in circumstances in which the only clue was a pair of Chinese slippers, which he apparently donned just before his death. Sir Frederic Bruce has been following the trail of the killer ever since. He has also been interested in what appears to be a series of disappearing women around the world, which has some connection to the disappearance of a woman named Eve Durand in rural India also fifteen years ago. Just when it seems he might finally solve the murder case, at a dinner party to which a number of important and mysterious guests have been invited, Inspector Bruce is killed -- and was last seen wearing a pair of Chinese slippers, which have vanished. It is left to Chan to solve the case.

The Far Side Of The Dollar. Manuscript Edition.
Ross Macdonald [Pseudonym Of Kenneth Millar]