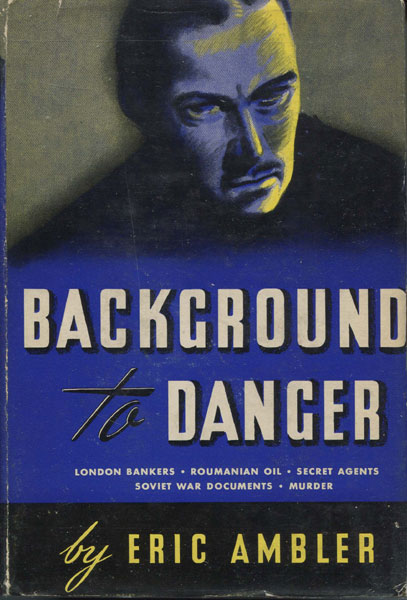 First U. S. edition. Signed by the author on the title page. Fine tight, copy in a bright dust jacket with minimal wear to spine ends and top and bottom fore-corners, and to the extremities. Ambler's second book and his first published in the U.S. Basis for the 1943 Warner Brothers motion picture directed by Raoul Walsh and screenplay by W. R. Burnett. Movie starred George Raft, Sydney Greenstreet, Peter Lorre, and Brenda Marshall. Story originally published in U.K. as UNCOMMON DANGER in 1937. Kenton's career as a journalist depended on his ease with languages, his knowledge of European politics, and his quick judgment which sometimes failed him in his personal life. When he finds himself on a train bound for Austria with insufficient funds, he jumps at the chance to earn a fee to help a refugee smuggle securities across the border. He soon discovers that the documents he holds have more than a monetary value. Difficult title.