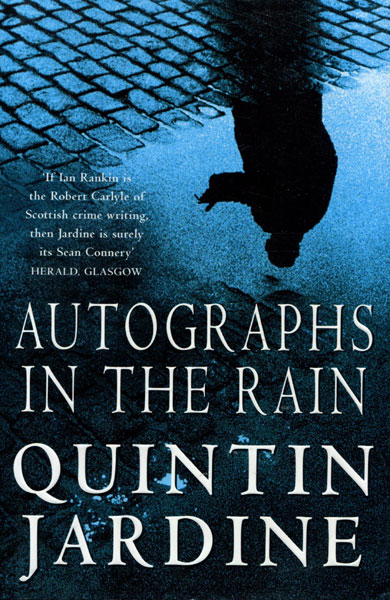 Autographs In The Rain.

First edition. Signed by author. Fine in fine dust jacket. Returning to her native Scotland to shoot her latest film, Deputy Chief Constable Bob Skinner's old flame finds herself the target of a stalker. Meanwhile, a pensioner is found murdered in his bathtub, and Skinner's closest staff is accused of committing the crime. And then, a gang of thieves who specialize in stealing items of a rather slippery nature are keeping Skinner and the police force constantly on the move.