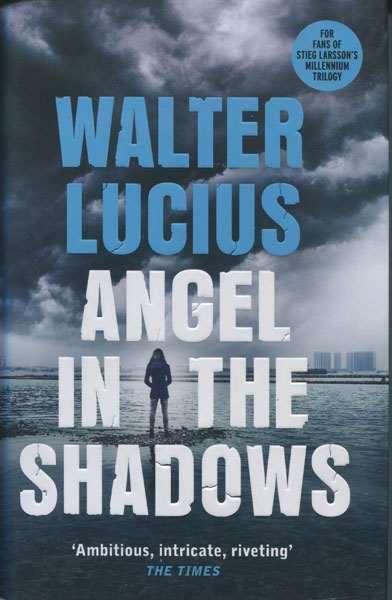 Angel In The Shadows

Other works by WALTER LUCIUS

First U.K. edition. One of 100 copies signed by the author. As new, unread copy in fine dust jacket. First published in the Netherlands in 2017. Translated from the Dutch by Lorraine T. Miller and Laura Vroomen. After investigating what appeared to be a simple hit-and-run, journalist Farah Hafez become caught up in a web of crime and corruption that led to her kidnap. Detained in Russia, she was forced to pledge her allegiance to a terrorist group on camera. Now sought by international security and members of the criminal class alike, Farah flees to Jakarta to continue her investigation while her friends and allies attempt to clear her name from across the globe. If Farah is ever going to regain her freedom, she needs to discover the root of the evil that brought her here. The problem is that discovering it might cost her life.

Jim Thompson: The Killers Inside Him.
MAX ALLAN AND ED GORMAN COLLINS

The Specialty Of The House And Other Stories. …
STANLEY ELLIN