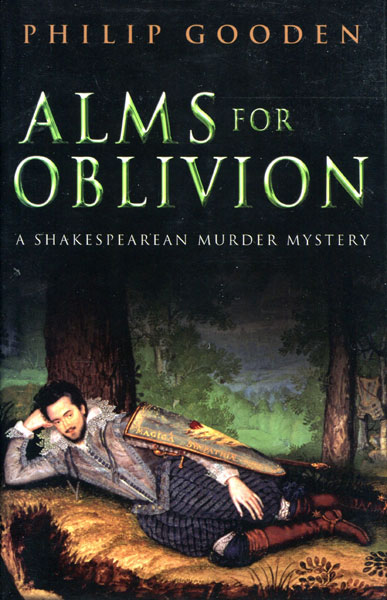 Other works by PHILIP GOODEN

First edition. Fine in fine dust jacket. By the autumn of 1602, Nick Revill is an old hand in the Chamberlain's Company--or so he thinks. When a boyhood friend, Peter Agate, travels to London with high ambitions, like Nick, to try his hand on the stage, Nick is only too pleased to show him the ropes. Within a few days of his arrival, Agate is discovered murdered in Nick's cheap lodgings and Nick finds himself the likely suspect. This is only the beginning of a series of violent deaths, each one implicating Nick. In order to save himself, he must find out who the real murderer is among a cast of suspects.

The Man In The Net.
PATRICK QUENTIN

The Case Of The Second Chance
CHRISTOPHER BUSH