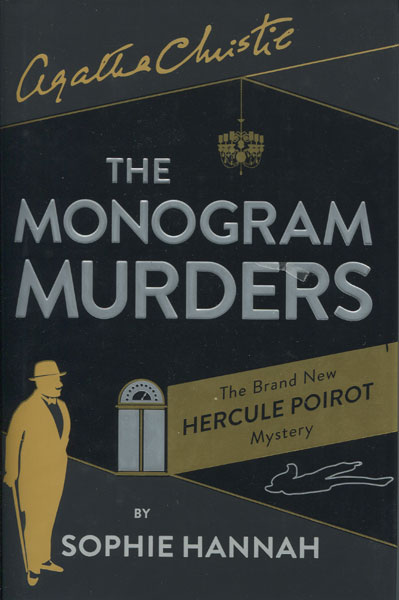 First edition. Signed by the author. Fine in fine dust jacket. Since the publication of her first novel in 1920, more than two billion copies of Agatha Christie's books have been sold around the globe. Now, for the first time ever, the guardians of her legacy have approved a brand-new novel featuring Dame Agatha's most beloved creation, Hercule Poirot. Set in 1920s, Poirot encounters a very distraught woman in the Pleasant’s Coffee House. She's afraid that she’s about to be killed, but she flees the restaurant before Poirot has the opportunity to get more details from her. However, Poirot soon links her to three deaths at the nearby Bloxham Hotel. Each of the people arrived separately the day before; each was poisoned with cyanide, then neatly laid out on the floor; and each is found with a monogrammed cuff-link in his or her mouth shortly after someone turns in a note to the Bloxham’s front desk with their three room numbers and the epitaph, “MAY THEY NEVER REST IN PEACE.”

Death On A Cold, Wild River.
by Bartholomew. Gill

Murder Being Once Done.
by Ruth. Rendell