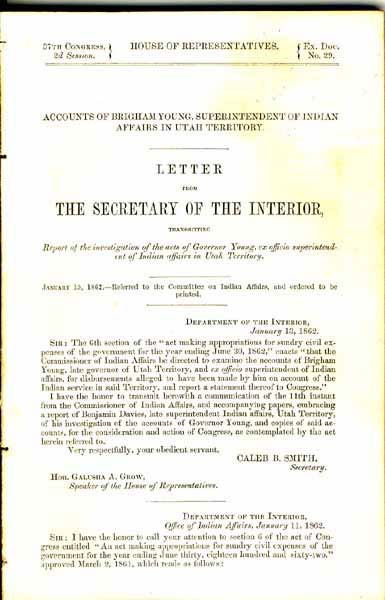 Other works by CALEB B. SMITH (SECRETARY)