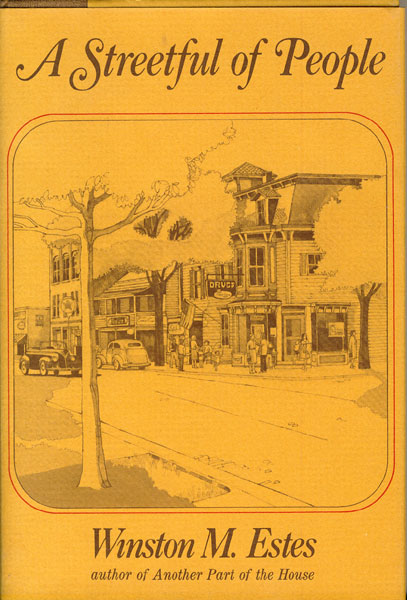 Other works by WINSTON ESTES

First edition. Signed. Fine in dust jacket. Eight humorous short stories set in the Panhandle of Texas. "Perhaps at the San Jacinto Parade which beleaguered Purdy Robinson (he's Hardware) is asked to stage and in which Rhoda, the madam of the Eat'n Rest Inn, insists on publicly participating. Or remember when Willis Shumaker (Plumbing), the most civic minded and uppest-standing man in town, resigned from the Rotary Club? Or how about the day Judge Crawford went to greet the Governor of the Lone Star state, sonorously sloshed. . . or the disaster of Myrtle McAfee Dunlap's 'cultural refreshment,' a recital. Mr. Estes in his congenially open-faced fashion strings together these episodes." A well-written book.

Victorian Lady On The Texas Frontier. The Journal …
KING, C. RICHARD [EDITED BY].