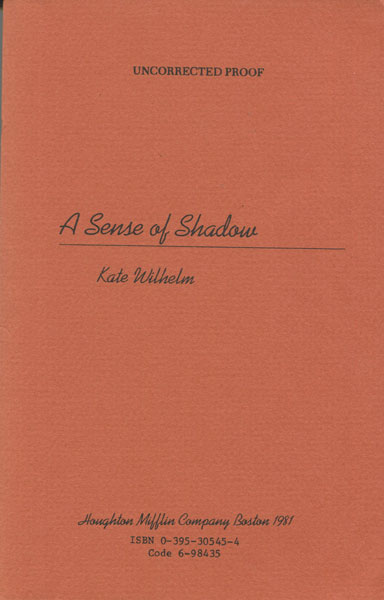 A Sense Of Shadow.

First edition. Uncorrected proofs. Fine in printed wrappers. John Culbertson, ruler over thousands of acres of land, over his many wives, and over his four children, is dying. His children are summoned to him in order for Culbertson to reveal the ominous method he has worked out for choosing his heir. His plans involve a research psychologist who has some original theories about brain waves!

The Stone Baby.
by Ben. Healey

Rather Be The Devil
by Ian Rankin

In The Wolf's Mouth
by Adam Foulds