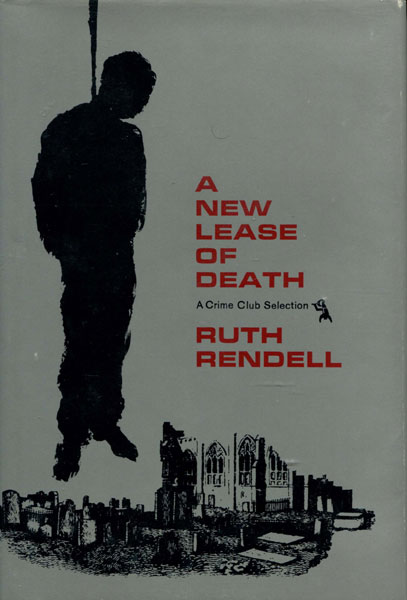 A New Lease Of Death.

Other works by RUTH RENDELL

First U. S. edition. Signed by the author. Fine in dust jacket with minor wear to the head of spine. Chief Inspector Wexford must investigate the murder of an elderly woman killed in her home by the blow from an axe, She had been murdered sixteen years before and the killer had been brought to justice and executed. But now a clergyman comes forth and with reasons of his own, has a curious motive for championing a convicted killer, and for trying to change the course of history. His unrelenting pursuit of the truth affects the lives of four young women, who still bear the scars from the original ordeal.The author's fourth novel and the second Inspector Wexford mystery novel. Crime Club mystery title.