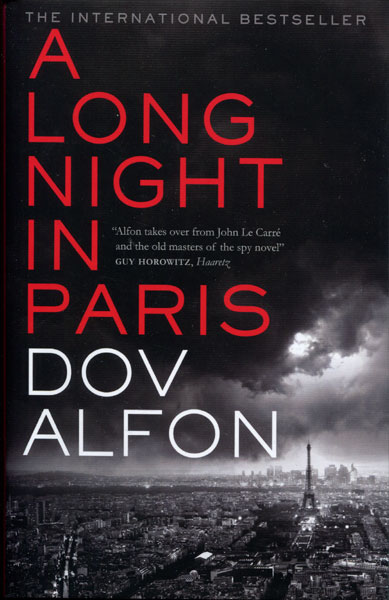 A Long Night In Paris

Other works by DOV ALFON

First U. K. and first English language edition. One of 100 numbered copies of the first edition and signed by the author on the title page. Originally published in Israel and translated from the Hebrew by Daniella Zamir. Author's first novel. As new, unread copy in dust jacket. When an Israeli tech entrepreneur disappears from Charles de Gaulle airport with a woman in red, logic dictates youthful indiscretion. But then a second young Israeli is kidnapped soon after arriving on the same flight. To make matters more complicated, Colonel Zeev Abadi, the new head of Unit 8200's autonomous Special Section, who just happens to be in Paris, also just happens to have arrived on the same flight. Back in Tel Aviv, Lieutenant Oriana Talmor, Abadi's deputy, is his only ally, applying her sharp wits to the race to identify the victims and the reasons behind their abduction. The author brings his experience as a former Israeli intelligence officer and journalist in Israel's bestselling book of 2017, A Long Night in Paris.

Versions Of The Truth.
RICHARD PARRISH