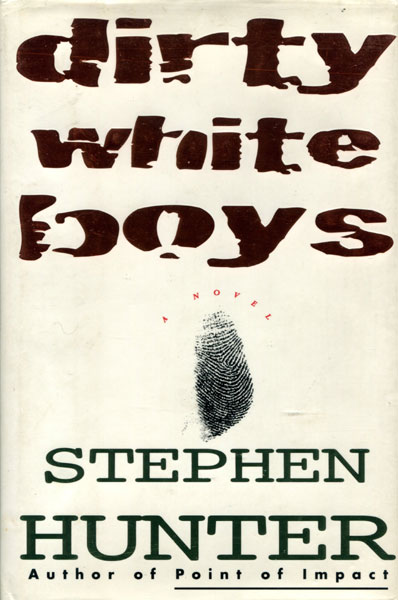 First edition. Signed by the author. Fine in white dust jacket. After killing a black inmate, the brutal Lamar Pye breaks out of the Oklahoma State Penitentiary along with his retarded cousin, Odell, and a hapless artist-turned-felon named Richard. Bud Pewtie, an Oklahoma State Trooper, is already deep in a relationship with his partner, Ted's, wife when he and Ted are called to help search for the convicts. Inevitably, the two groups meet. Ted and Bud encounter far more than they're ready for, but so does Lamar, and the result is ... Dirty White Boys!!

Publish And Be Murdered.
by Ruth Dudley. Edwards

My Lovely Executioner.
by Peter. Rabe