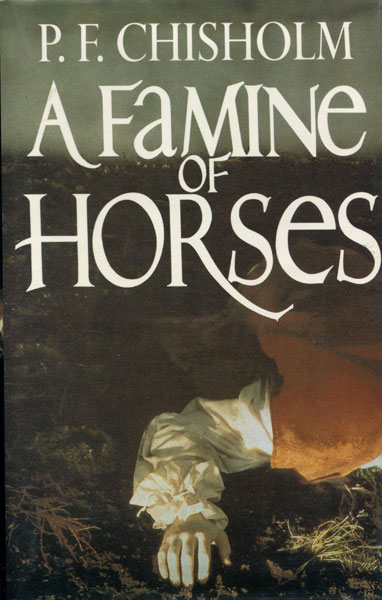 A Famine Of Horses.

Other works by P.F. CHISHOLM

First edition. Pseudonym of Patricia Finney. Fine in dust jacket. Author's first novel in the Sir Robert Carey Series. Set in the late 1500s of England. The only law on the Scottish border is the elegant Sir Robert Carey, newly appointed Deputy Warden and his seven dubious henchmen. His first case is dealing with the corpse of Sweetmilk Graham, the youngest, dearest and most violent member of the notorious Graham clan. Sir Robert must find the murderer in order to prevent the escalation of a clan feud. And then there is the question of the horses .... Hundreds of horses being stolen from all over the Border.

The Murder Of A Bad Man
HULBERT FOOTNER