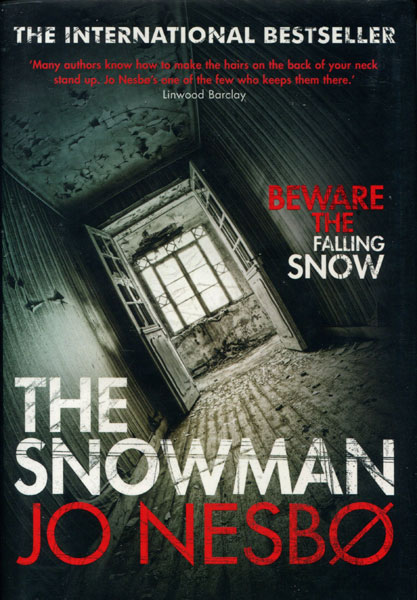 First U.K. edition. Originally published in Norway in 2007. Signed by the author. Fine in fine dust jacket. Translated from the Norwegian by Don Bartlett. Oslo in November. The first snow of the season has fallen. A boy named Jonas wakes in the night to find his mother gone. Out his window, in the cold moonlight, he sees the snowman that inexplicably appeared in the yard earlier in the day. Around its neck is his mother's pink scarf. Det. Harry Hole suspects a link between a menacing letter he's received and the disappearance of Jonas's mother and of perhaps a dozen other women, all of whom disappeared on the day of the first snowfall. As his investigation deepens, something else emerges: he is becoming a pawn in an increasingly terrifying game whose rules are devised and constantly revised by the killer.

A Choice Of Enemies.
TED ALLBEURY