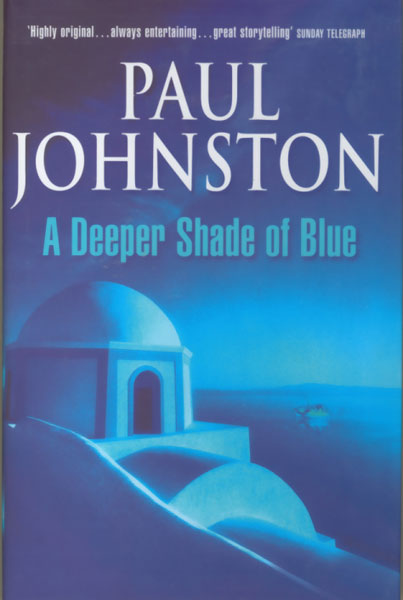 A Deeper Shade Of Blue.

Other works by PAUL JOHNSTON

First edition. Fine in dust jacket. This is the first in a new series featuring PI Alex Mavros. Alex is asked to track down a missing woman on the island of Trigono. In doing so, he soon realizes that there is more than one mystery to be solved. How did a young couple drown in the nets of a fishing boat? Why did a British journalist leave without telling her friends? Why is the millionaire Theocharis so nervous, and whose bones does old Maro keep beneath her bed? The answers lie in events that took place during the Second World War ... events that tie in with the island's most ancient history. In an attempt to keep a terrible crime from being repeated, Alex Mavros is pitted against a ruthless killer.