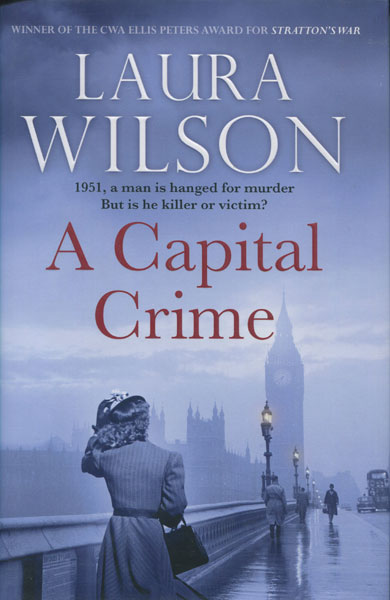 Other works by LAURA WILSON

First edition. Fine in fine dust jacket. It is winter, 1950 in a dirty part of London. When John Davies confesses to killing his wife and baby daughter, it promises to be a straightforward case for DI Ted Stratton of West End Central. When Davies recants, blaming respectable neighbor Norman Backhouse for the crimes, nobody sees any reason to believe him. The case against Davies proceeds: he's convicted and hanged, but later, after a series of gruesome discoveries, Stratton begins to suspect that there has been a terrible miscarriage of justice.

May Day In Magadan.
ANTHONY OLCOTT