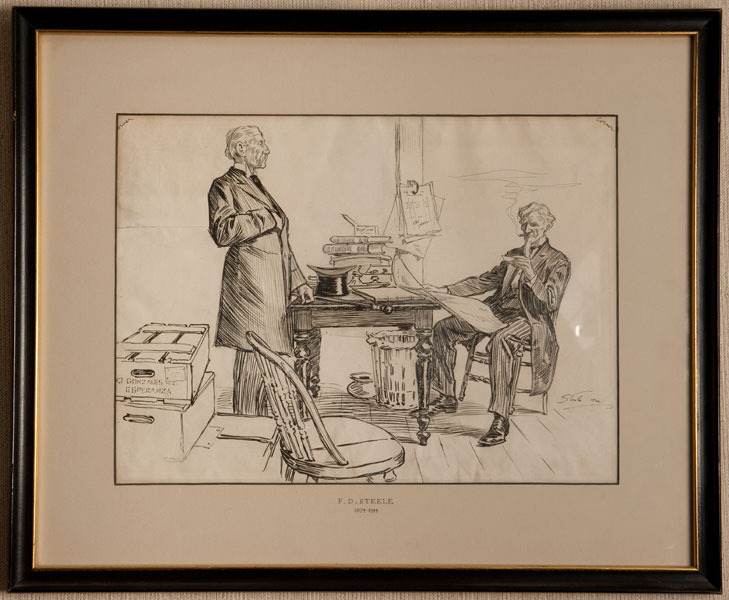 The image size is 18 3/4" x 13 3/4," matted and framed the size is 26" x 20." A nice pen & ink drawing by one of the famous artists who produced many of the Sherlock Holmes drawings. Steele worked for The Illustrated American (1896–97) and then moved into freelance illustration. His work was shown in Scribner's Magazine, Collier's Weekly, The Century Magazine, McClure's, The American Magazine, Metropolitan Magazine, Woman's Home Companion, Everybody's Magazine and in 1903 he was invited to do the illustrations for The Return of Sherlock Holmes. He continued to produce drawings for the Conan Doyle stories for various publishers during the rest of his career. In the 1930s he produced theatrical sketches for the New York Herald Tribune. This is not a Sherlock Holmes drawing but it is neatly signed "Steele, 1904." Fine copy.

Because The Night.
JAMES ELLROY