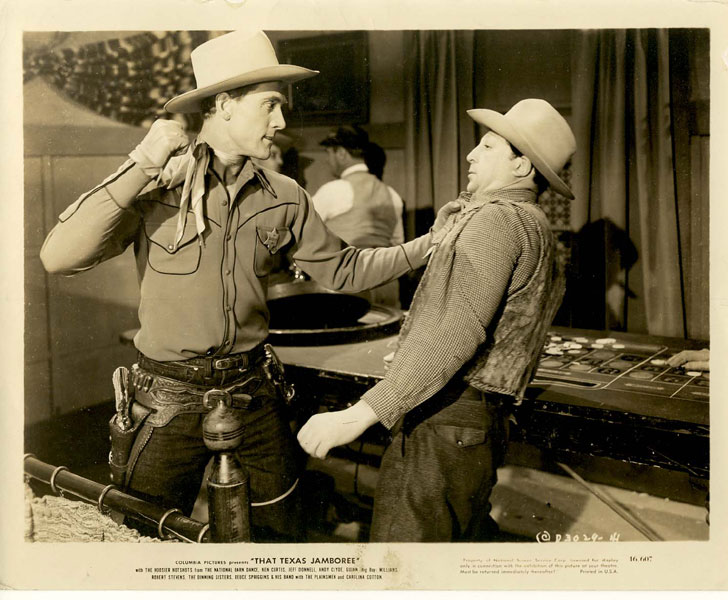 Other works by KEN CURTIS

Singing in a swing band provided his entrance to entertainment, but Ken Curtis soon switched to acting in films. Among his many film credits are Mister Roberts, The Alamo, Cheyenne Autumn, and others. He gained fame as Festus Haggen on television's Gunsmoke beginning in 1964-1975. Curtis was born in 1916 and died in 1991. The photograph shows a very young Curtis in the Western That Texas Jamboree. Also included is his uncommon signature dated June 24, 1989, on a heavy 5" x 3" card stock. Fine.