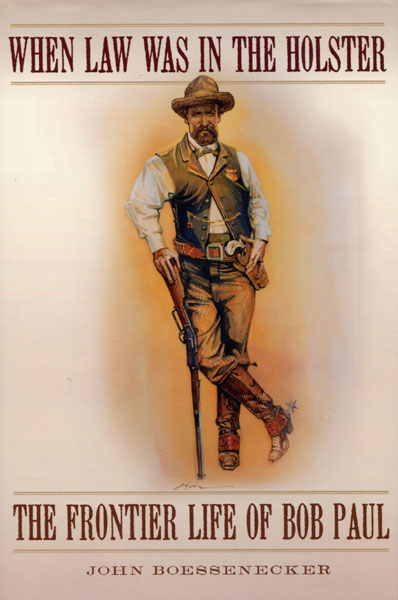 First edition. 8vo. Signed by the author. Cloth, xviii, 484 pp., frontis., preface, acknowledgments, illustrated, maps, notes, bibliography, index. Bob Paul (1830-1901) was one of the great lawmen of the Old West and he cast a giant shadow across the frontiers of California and Arizona Territory for nearly 50 years. Today he is remembered for his friendship with Wyatt Earp and his involvement at the gunfight near the OK Corral in Tombstone in 1881. In the 1880s he became sheriff of Pima County, Arizona, and a railroad detective for the Southern Pacific Railway. In 1880 President Benjamin Harrison appointed him U. S. Marshal of Arizona Territory. Many problems of Paul's reign as a lawman parallel those of today frontier politics, electoral corruption, Mexican/U. S. relations, border security, illegal immigration, smuggling on the Mexican border, youth gangs, racial discrimination, ethnic violence, etc. As new, unread copy in dust jacket.

A Cowboy Detective, A True Story Of Twenty-Two …
by Charles A. Siringo