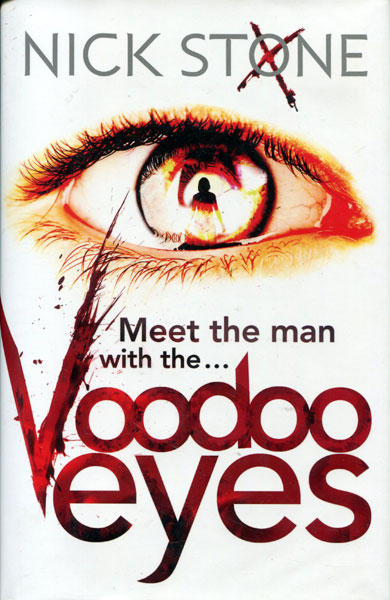 First edition. Signed by the author. Fine in fine dust jacket. Meet the man with the voodoo eyes: Solomon Boukman. He'd used voodoo, black magic, and extreme violence to control his people, and to keep anyone who ever heard his name in a state of fear. He'd zombified his enemies with potions and hypnosis and used them as his very own weapons....his very own suicide killers. Some said he was the earthly incarnation of Baron Samedi, the voodoo god of death. Meet his nemesis: For private eye Max Mingus, Boukman has been the cause of unthinkable personal tragedy and professional torment. And when he uncovers a labyrinthine web of death and deceit stretching from the Miami jetset to sinister Cuban slums, the voodoo eyes of Boukman are never far from his mind. But how can Mingus stop him without losing his life, and the lives of those he loves?

Stardust.
by Robert B. Parker

The Rubber Band
by Rex Stout