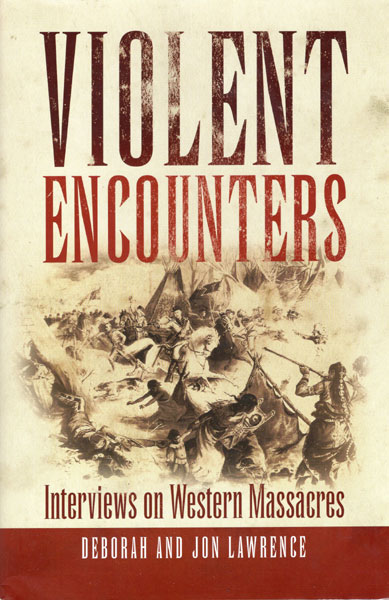 Other works by DEBORAH AND JON LAWRENCE

First edition. 8vo. Red cloth, gold stamping on the spine, xiii, [blank], 258 pp., preface, illustrated, portraits, maps, notes, bibliography, index. Merciless killing in the nineteenth century American West, was not as simple as depicted in dime novels and movie Westerns. The scholars interviewed, experts on violence in the West, embrace a wide range of approaches and perspectives and challenge both traditional views of western expansion and politically correct ideologies. Specific events are covered as well as broader themes such as violence in early California; hostilities between the frontier army and the Sioux, including the Santee Revolt and Wounded Knee; and violence between European Americans and Great Basin tribes, such as the Bear River Massacre. Fine in dust jacket.

The Life Of A Horse And Buggy Stage …
B.W. ALLRED

Trails And Trials Of A Texas Ranger.
WILLIAM WARREN STERLING