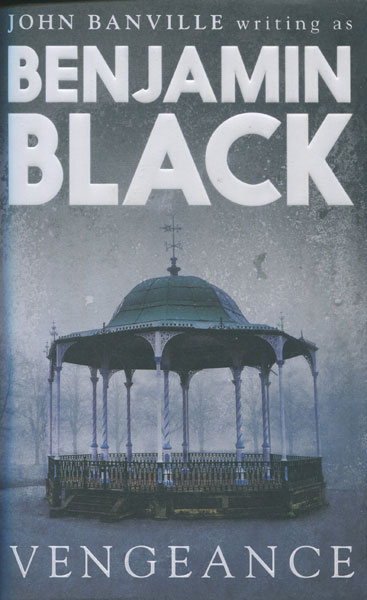 First edition. Fine in dust jacket. This is the pseudonym of Booker prize-winning author John Banville writing as Benjamin Black. The fifth Dublin-based thriller of a growing and collectible series. It's a fine day for a sail, and Victor Delahaye, one of Ireland's most successful businessmen, takes his boat far out to sea. With him is his partner's son, who becomes the sole witness when Delahaye produces a pistol, points it at his own chest, and fires. This mysterious death engages the attention of Detective Inspector Hackett, who in turn calls upon the services of his sometime partner Quirke, consultant pathologist at the Hospital of the Holy Family. Delahaye's prominence in business circles means that Hackett and Quirke must proceed very carefully. Among others, they interview Mona Delahaye, the dead man's young and very beautiful wife; James and Jonas Delahaye, his identical twin sons; and Jack Clancy, his ambitious, womanizing partner. But then a second death occurs, this one even more shocking than the first, and quickly it becomes apparent that a terrible secret threatens to destroy the lives and reputations of several members of Dublin's elite. Why did Victor Delahaye kill himself, and who is intent upon wreaking vengeance on so many of those who knew him?

Mooney Moves Around.
by Kerry. O'Neil

The Whale's Footprints.
by Rick. Boyer

Ritual In The Dark.
by Colin. Wilson