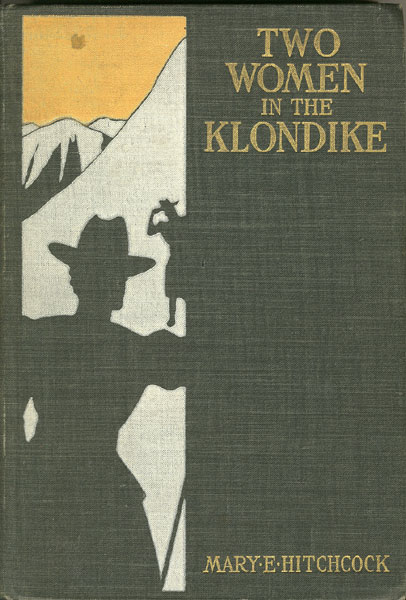 Two Women In The Klondike. The Story Of A Journey To The Gold-Fields Of Alaska

First edition. 8vo. Decorated cloth, titles stamped in gold gilt on the front cover and spine, xiv [2], 485 [3] pp., frontis., illustrated, plates, large (27" x 34") folding map in pocket, teg., index. An account of two women who traveled from San Francisco to Alaska by steamer, up the Yukon River by barge, finally settling on some land outside Dawson, both becoming free miners, eventually building the largest house in Dawson Annex. Arctic Bibliography 7125 says "The author traveled in the summer of 1898 to Dawson via the Yukon River, and returned via Skagway and Sitka. She describes the river valley and its people; the Gold Rush activities in Dawson, Skagway Pass, etc." Excellent details on pioneer Alaska at the turn of the century. The large map shows steamboat routes and trails to the gold fields. Six Guns 995 says "Scarce." "Contains some material on Soapy Smith." This venture was taken to participate in the Alaskan Gold Rush of 1898, during which many hardships were endured by the majority of gold seekers. Fore-edges has a number of pages that have been roughly opened, else a near fine, clean, crisp, tight copy. Scarce.

Across The Plains To California In 1852.
MRS LODISA FRIZZELL