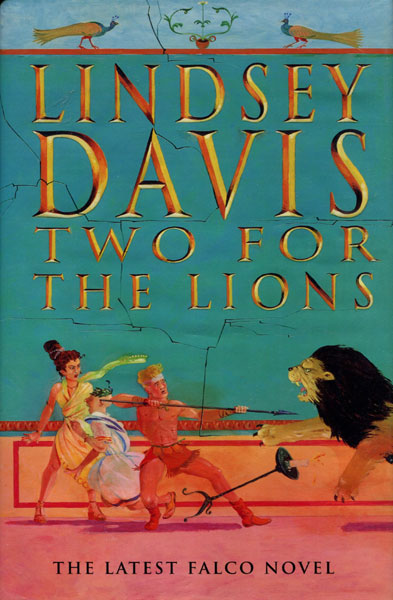 Two For The Lions.

First edition. Signed by the author. Fine in dust jacket. In the tenth Falco novel, lumbered with working alongside reptilian Chief Spy Anacrites, Falco has hit upon a perfect plan ... He'll offer his services to Vespasian and Titus in conducting the "great Census" of AD 73 as a tax collector. If he does well, his fees will finally allow him to join the middle ranks and wed his long-suffering companion, Helena Justina. Meanwhile, Falco needs to locate a relative who has eloped. As he pokes around, he learns about the death of a much beloved lion, then uncovers a bitter rivalry between gladiators' trainers. When a star gladiator ends up dead, Falco is forced to investigate.

Harry Potter And The Deathly Hallows
by J.K Rowling

Missing You
by Harlan Coben