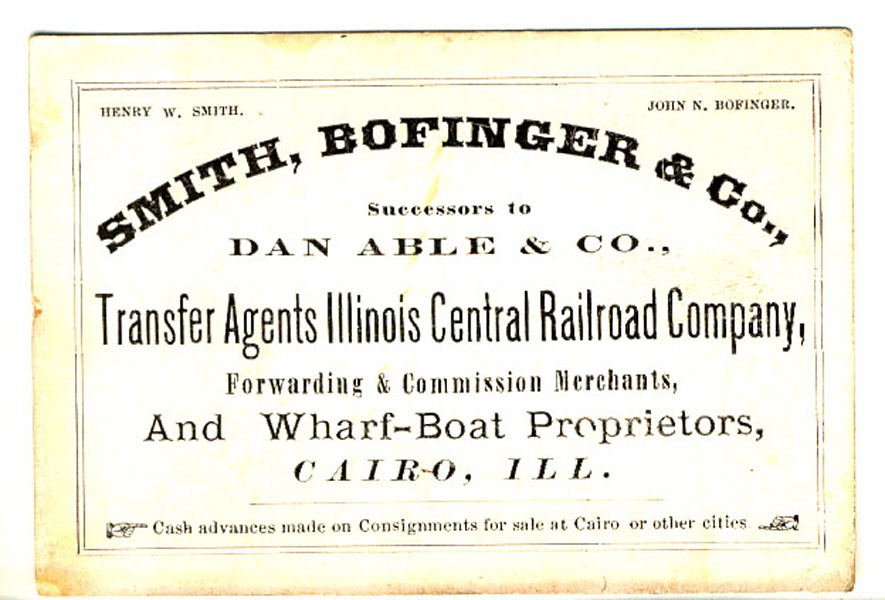 3 7/8" x 2 5/8" trade card printed on one side only. The Illinois Central was chartered in 1851 and had as one of its lawyers, Abraham Lincoln. "The Illinois Central was chartered by the Illinois General Assembly on February 10, 1851.[2] Senator Stephen Douglas and later President Abraham Lincoln were both Illinois Central men who lobbied for it. Douglas owned land near the terminal in Chicago. Lincoln was a lawyer for the railroad. Upon its completion in 1856 the IC was the longest railroad in the world. Its main line went from Cairo, Illinois, at the southern tip of the state, to Galena, in the northwest corner. A branch line went from Centralia, (named for the railroad) to the rapidly growing city of Chicago. In Chicago its tracks were laid along the shore of Lake Michigan and on an offshore causeway downtown, but land-filling and natural deposition have moved the present-day shore to the east." --- Wikipedia. Very good.

From Coast To Coast. The Only Man To …
by Prof. George D. Brown