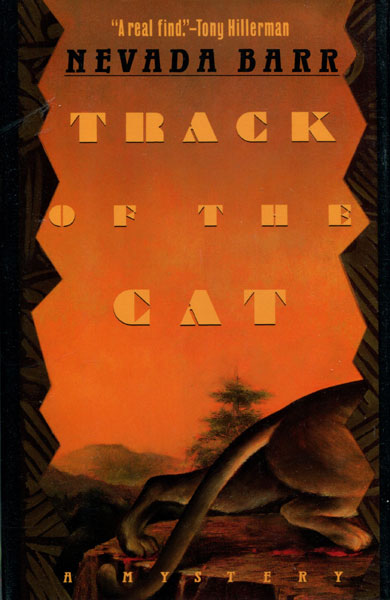 Track Of The Cat.

Other works by NEVADA BARR

First edition. Signed by the author. Author's first mystery. Fine in dust jacket. In the Guadaloupe Mountains National Park, law enforcement ranger Anna Pigeon finds the remains of fellow ranger Sheila Drury, who was apparently clawed to death by a mountain lion. Although an autopsy confirms this judgment, Anna becomes convinced that the claw marks have been faked. Anna investigates Sheila's activities before her death ... her campaign to open up the park to the public and her relationships with a young divorcee and with a powerful rancher opposed to Park Service policies. Anna is sure that clues reside in the thousands of snapshots the dead woman took ... photos that show signs of having been rifled through!