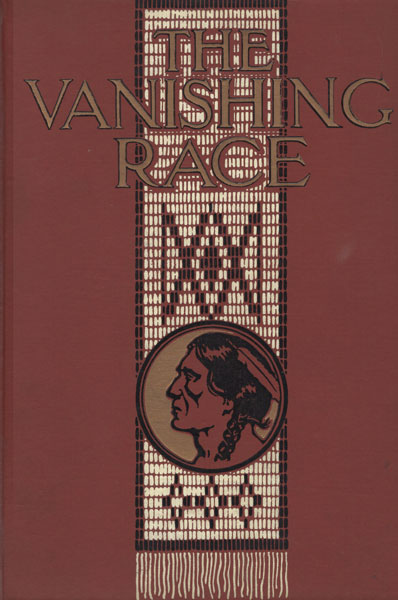 First edition. 8vo. Decorated cloth with titles stamped in gold gilt on the front cover and spine, xviii, 231 pp., top edges gilt, acknowledgment, frontispiece, personae, illustrated with 80 photogravures of Indian chiefs and Indian life, index. Photographer Joseph Dixon followed his inaugural 1908 expedition to Montana with a second journey in 1909 for a meeting of what was expected to be the Last Great Indian Council. Dixon and his partner, Rodman Wannamaker, believed that the traditional Indian was destined to disappear ... It was time to gather the last generation to tell their stories of their customs, manners, their sports and games, their history, their warfare, their religion, etc. and be photographed for Dixon’s book. Representatives from nearly every reservation were assembled. Dustin 93 says: "Contains some first-hand material from the Indian survivors of the fight." Luther 100 says: "gives the accounts of all the surviving Crow scouts," and Rader 1149 says: "The council was held in the valley of the Little Big Horn, Montana, in September 1909." Non-authorial neat inked gift inscription dated in 1914 on front pastedown sheet, else a fine, bright copy.

From Charcoal To Banking: The I. E. Solomons …
by Elizabeth L. Ramenofsky

Comanches. The Destruction Of A People.
by T. R. Fehrenbach