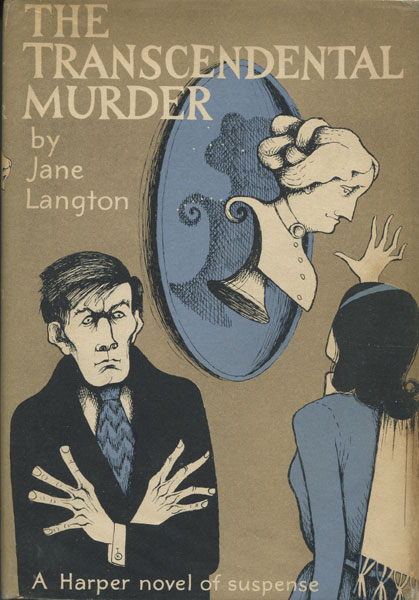 Other works by JANE LANGTON

[First edition. Author's first mystery. Fine in dust jacket with white lettering on the spine tanned, and light restoration to the spine ends. Mary was a well-liked assistant at a public library in Concord, Massachusetts who became involved with a collection of letters which indicate sexual intimacy among the transcendentalists. On Patriot's Day, right after the parade, someone shot Ernest Goss. The only witness was a Boy Scout who said the murderer was on horseback and dressed as Dr. Samuel Prescott. He also said the murder weapon appeared to be a musket, which was nowhere to be found. Why would someone want to murder Ernest Goss? The debut of scholarly Homer Kelly who saves the day.