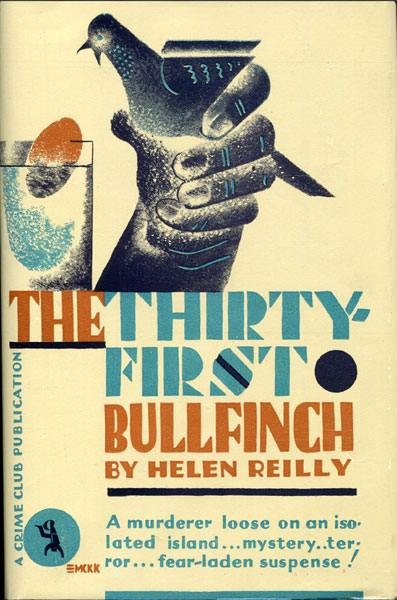 First edition. Author's first book. Near fine, bright copy in a spectacularly fine dust jacket, complete with promotional wraparound band, which is also fine. John Bedford was murdered by poison having been added to his drink, but his bullfinch which the old man always fed with a cracker dipped in the same drink was still alive. With that slim clue, Sheriff Tilden built up a case that was to keep the whole Bedford household on edge on an isolated island off the New England coast. The local sheriff demonstrates that while being humble in appearance, one can be clever though unassuming, as the murderer strikes at his enemies with poison, drugs, guns, and even high explosives. Crime Club title. The author's scarce first book.

A Death In China.
by William D. And Carl Hiaasen. Montalbano

This Man Is Dangerous
by Peter Cheyney