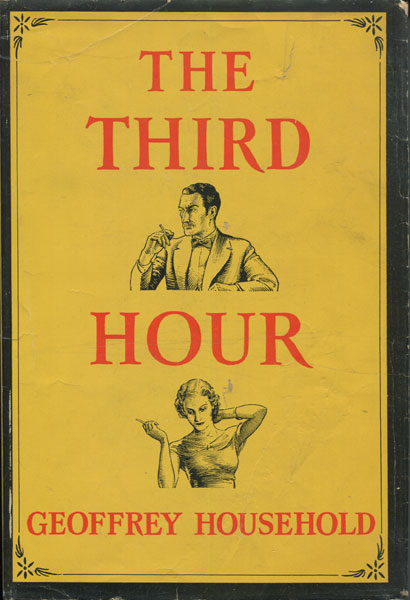 First U. S. edition. Fine, bright copy in an unfaded dust jacket lightly rubbed at the spine ends and corners. Author's first novel. A reckless Spanish adventurer and a British workingman join forces in a dangerous hunt for hidden treasure. By the age of twenty-seven, Manuel Vargas has already lived more than most men. A restless adventurer and world traveler, he has journeyed far from his home in Spain, and now fate and tragedy have deposited him into the ranks of the Mexican revolutionary army. When he discovers that a passenger train he and his fellow rebel confederates have blown off the tracks is carrying a fortune in gold, his life takes yet another strange turn. Meanwhile, in London, a traveling salesman named Toby plies his ordinary trade, unaware of what destiny has in store for him. When Vargas and Toby cross paths, two very different men will be united by their wild desires and dreams as they set off together on a perilous quest for treasure that could be their salvation—or their doom.

Fire And Sword.
by Edward. Marston

The Navy Colt. A Johnny Fletcher Mystery.
by Frank. Gruber