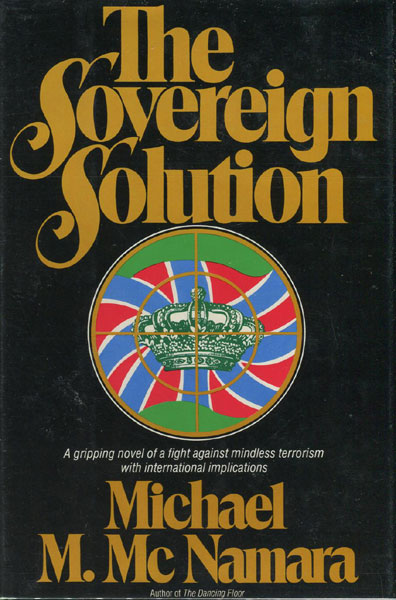 First edition. Fine in dust jacket. "An FBI agent joins the IRA in an assassination attempt on Queen Elizabeth during her extraordinary visit to Dublin. . . . The FBI, you say? Well, yes, it does sound farfetched at first. But Dennis Hegarty, at 52 nearing retirement, has had a rich history of service to his country before the Bureau sends him into deep cover so that he can infiltrate the source of the IRA's arms shipments from the States. At last Dennis is absorbed into the IRA's U.S. branch, and he helps to deliver a cargo of lugers to Ireland by night. Taken under the wing of Finn Healy, a big provo leader, Dennis proves himself a staunch member when he helps Healy and two others break one of their boyos out of jail. During the bust-out a young cop is killed and Dennis' face is captured on a closed-circuit TV. He and Healy go underground, and Dennis, swaying heavily toward the IRA point of view, even falls for Healy's sister Nuala. But then the underground hears that Dennis is FBI: they order his execution, which doesn't, however, stop him from going after the hit-man chosen to assassinate the Queen--his own pal Healy."

The Innocent.
by Harlan. Coben