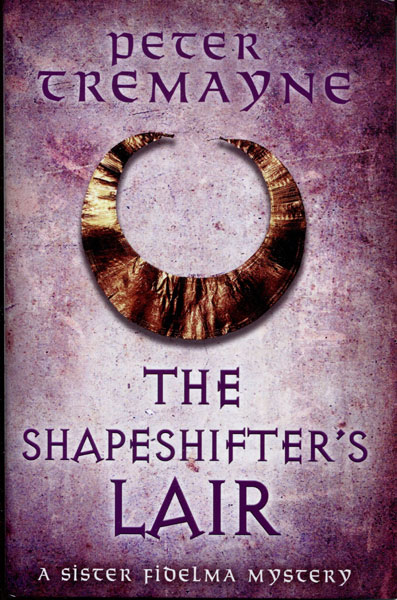 First edition. Signed by the author. As new, unread copy in dust jacket. Ireland. AD 672. The body of a dead man has been found on a lonely mountain road and taken to the isolated abbey of Gleann Da Loch for a proper burial. The abbot quickly identifies him as Brehon Brocc, who had been traveling to the abbey on a secret mission with Princess Gelgeis and her steward. When news reaches Colgu, King of Muman, that his betrothed, Princess Gelgeis, has disappeared, Fidelma with her trusted companions, Eadulf and Enda, enter the hostile Kingdom of Laigin in search of the truth. But one death is quickly followed by another and warnings of demonic shapeshifters and evil lurking in the mountains must be taken seriously. Are there really brigands stealing gold and silver from the ancient mines? And are rumors of a war between the Kingdoms of Laigin and Muman to be believed? As Fidelma searches for answers, she must do everything in her power to avoid danger and death in a land where no one is to be trusted.

The Lady Kills.
by Bruno. Fischer

Versions Of The Truth.
by Richard. Parrish