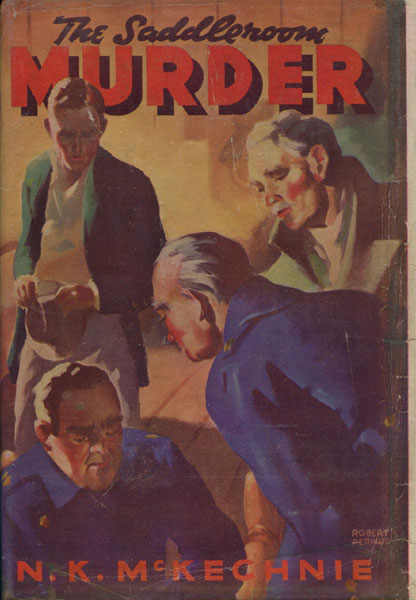 First edition. Author's first and only mystery novel. Fine, bright copy in dust jacket with restoration to the spine ends and corners. Everything pointed to Andrew MacGregor as the murderer .... he admitted being in the vicinity of the murder at the exact time it took place, there was bad blood between the two men, and the morning after the murder he was seen washing blood from his clothes. The evidence was conclusive yet many believed because of his outstanding character that he was innocent of the crime. The services of an outstanding detective were engaged to learn the truth and uncover the real murderer. An uncommon title, especially with the dust jacket.

In The Heat Of The Night.
by John. Ball

Prescription For Murder.
by Hannah Lees