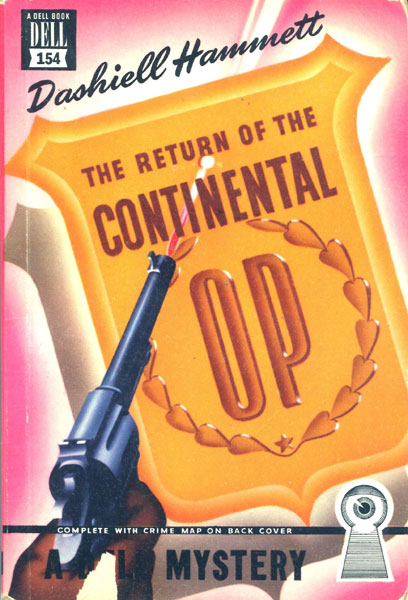 The Return Of The Continental Op.

Other works by DASHIELL HAMMETT

First edition thus. Introduction by Ellery Queen. Dell 154. Pages evenly tanned, else very good in pictorial wrappers with no fading to pink color on covers. Five early appearances by Dashiell Hammett all dealing with the fat, nameless agency operative. Included are stories about how $5000 was taken from under the eyes of two detectives without either having seen it taken; about how the Op solved a tough case in less than 60 minutes; about how foghorns nearly cause the Op to pass in his chips; and about why nive clues were not enough. Front cover is an art-deco design and rear cover is a street map of San Francisco, pinpointing the locations of 20 key events in the book's five stories. A desirable early Dell mystery title.

Into The Badlands.
JOHN WILLIAMS