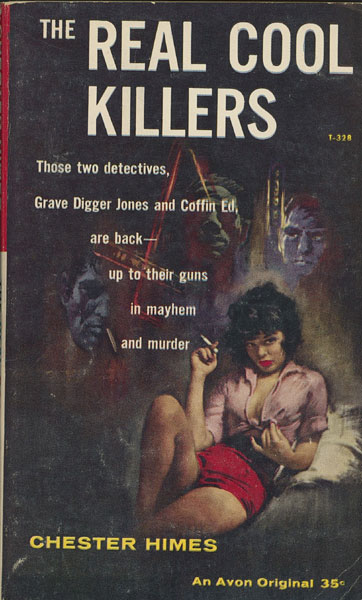 Other works by CHESTER HIMES

First edition. PBO. Avon T-328. Fine in pictorial wrappers. Originally published in France as Il Pleut des Coups dur and later as a PBO in the U.S. using the title The Real Cool Killers. A white man is shot dead on the streets of Harlem. Plenty of people had motives for killing the big Greek, who had too much money and a fondness for young black girls. But there are complications and Coffin Ed Johnson and Grave Digger Jones, two tough Harlem cops, get things moving in the right direction quickly. Recommended.

Track Of The Cat.
NEVADA BARR