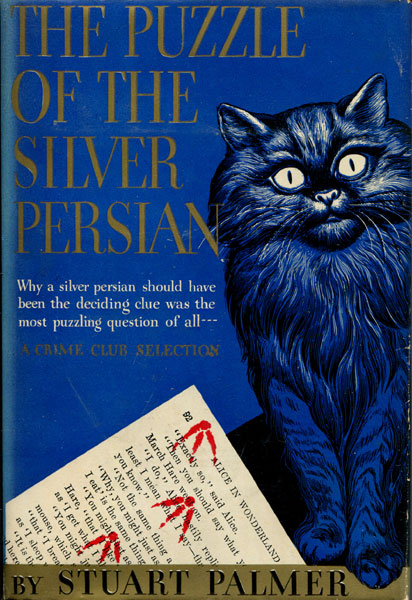 The Puzzle Of The Silver Persian

First edition. Fine, bright copy in dust jacket, lightly faded at the spine with some very minor edgewear. A Hildegarde Withers mystery novel. The Armchair Detective, Volume 11, Number 4, page 381 says: "Hildegarde Withers on a vacation cruise to England, encounters the apparent suicide of a young woman, the suicide of her alleged murderer, the apparent accidental death of Hildy's prime suspect, the poisoning of another young woman, the attempted poisoning of the ship's doctor, a bathtub drowning, threatening letters, and another happy ending gone wrong. This book would have made a great Charlie Chan movie." The great silver Persian cat provides the needed clue to unmask the murderer. An elusive Crime Club mystery.

Bertie And The Tinman. From The Detective Memoirs …
by Peter. Lovesey

Dead If You Don't
by Peter James