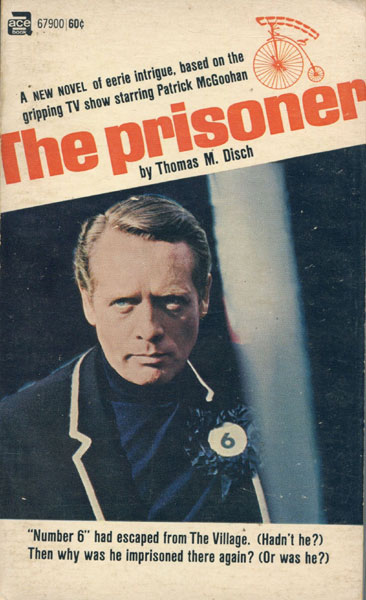 Other works by THOMAS M. DISCH

First edition. Signed by the author on the title page. PBO. Near fine in mostly white wrappers with color photographs of Patrick McGoohan, who played "Number 6" in the television series that ran for just 17 episodes. Also included is a very attractive, fine photograph of Patrick McGoohan in his starring role as "Number 6." This edition precedes the New English Library edition and is the true first of the several books that have been published about the enigmatic "Number 6." Who is the prisoner known as "Number 6?" why has he been kidnapped and held captive in the town known only as The village? What secret agency is behind his abduction? Is he truly a prisoner??? The signed PBO by Thomas Disch and the attractive photograph: