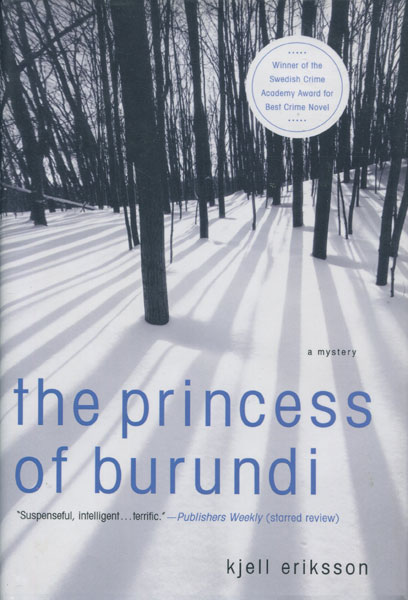 The Princess Of Burundi

Other works by KJELL ERIKSSON

First edition. Translated from the Swedish by Ebba Segerberg. Fine in dust jacket. The first book in the Ann Lindell series. When a jogger finds a dead body in the snow, the members of Sweden's Uppsala police force uncover a victim with an unsettling history. Despite being on maternity leave, Inspector Ann Lindell is determined to find the murderer. The cruel cat-and-mouse game that follows, leads Ann to a deadly confrontation with a treacherous killer. Winner of the Best Swedish Crime Novel in 2002.