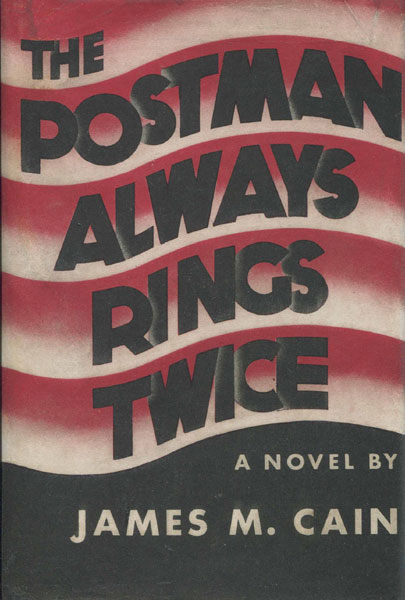 First edition. Author's first book. Publisher's response card laid-in. A near fine copy with dark top-staining in dust jacket with light restoration by a paper conservator to corners, spine ends, and two small closed tears to top edge of front cover and with absolutely no sunning to the spine panel. A married woman and a drifter fall in love, then plot to murder her husband. Even after the deed is done they must live with the consequences of their actions. First filmed in 1946 and starring Lana Turner as Cora, Cecil Kellaway as her husband, and John Garfield as Frank the drifter. Again in 1981 it was filmed and starred Jack Nicholson as Frank, Jessica Lange as Cora, and John Colicos as her husband. A great hard-boiled crime novel with the publisher's response card laid in. An unusually sharp copy of this Haycraft/Queen Cornerstone mystery novel. Also listed as one of the Great Books on the Modern Library list of the 100 Best Books of the 20th Century.

The Life And Adventures Of Nicholas Nickleby.
CHARLES DICKENS

The Return Of The Continental Op.
DASHIELL HAMMETT

Historical And Biographical Record Of The Cattle Industry …
JAMES COX