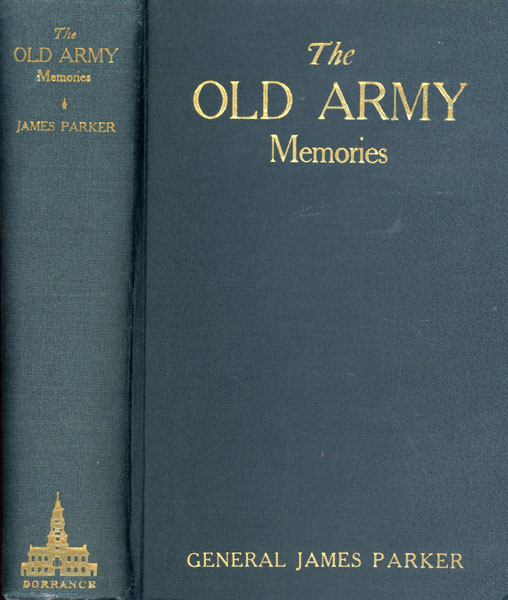 First edition. 8vo. Signed by the author on the front free fly leaf, with bookplate of Ulysses S. Grant, III on the front pastedown sheet. Blue cloth, gold stamping on front cover and spine, 454 pp., frontispiece [portrait], introduction, illustrated, plates, portraits. Memoirs of Brigadier General James Parker who, upon graduating from West Point, reported to Fort Sill in 1876 to fight the Indians. Considerable on Kiowas and Comanches. Material on Ranald MacKenzie, buffalo hunts, the Ute campaign, with the Navajos, the Geronimo outbreak, the Geronimo campaign, the Spanish-American War, the Philippine insurrection, military forts, etc. The memoirs are of importance as the lives of many military officers, who later went on to military prominence are discussed. Graff 3186 says "Very interesting account of frontier Indian warfare and life in the forts in the Southwest and West during the 70s and 80s. He gives a fine account of the Geronimo Campaign, and his appreciation of General MacKenzie as an Indian fighter is excellent." Six Guns 1680 says, ".... the author deals with the outlaws Babe Mahardy and Jim and John Anderson." Near fine, tight copy.

Yesterday's Trails
by Will Spindler

Cemeteries And Funerary Practices In The Big Bend …
by Glenn P. And Gerald G. Raun. Willeford