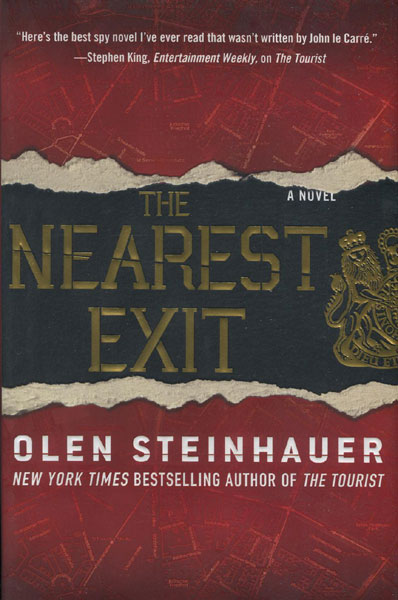 First edition. Signed by the author. Fine in fine dust jacket. Now faced with the end of his quiet, settled life, reluctant spy, Milo Weaver, has no choice but to turn back to his old job as a "tourist" for the CIA. Before he can get back to the CIA's dirty work, he has to prove his loyalty to his new bosses, who know little of his background and less about who is really pulling the strings in the government above their heads. Armed with a stack of false identities, he heads to his old European stomping grounds to follow orders on the CIA's priorities, one seemingly mundane task at a time. For nearly three months, everything goes along smoothly. Then: Go to Berlin, kill Adriana Stanescu, the teenage daughter of Moldovan immigrants, and make the body disappear. One more thing, don't ask why. For Milo, the task is impossible, but ignoring the demands of his handlers is not an option. Now he is in a dangerous position, between right and wrong, between powerful self-interested foes especially since he has nothing left to lose.

On Being A Soldier
Daniel C. Pearson [Lieutenant Colonel, U. S. Army]

Reap The Whirlwind.
by Tamara. Lee

The Lion Rampant
by Robert Low