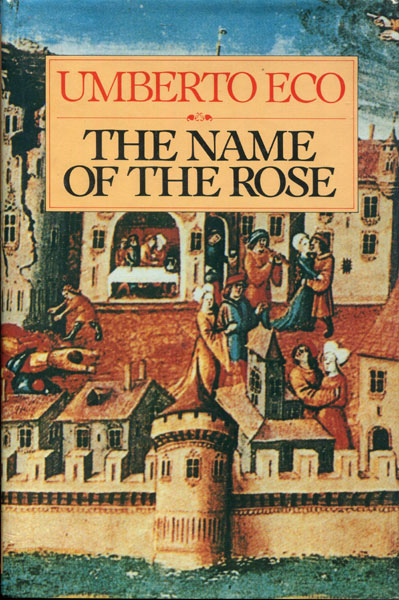 The Name Of The Rose.

First English translation edition after the Italian edition published in 1980. Fine in dust jacket. The year is 1327, Franciscans in a wealthy Italian abbey are suspected of heresy, and Brother William of Baskerville arrives to investigate. Seven deaths occur and Brother William uses all the tools at hand to find the murderer. His tools include the use of medieval manuscripts, secret symbols, coded manuscripts, and the library as he digs into the eerie labyrinth of the abbey. Made into a movie of the same name that starred Sean Connery as Brother William. Title becoming more elusive in fine condition.

Death On A Dude Ranch
by Francis Bonnamy