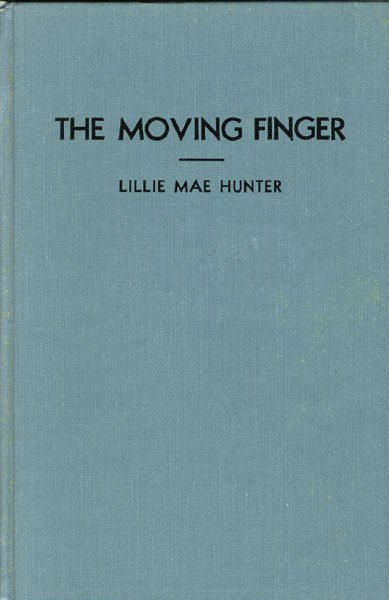 Other works by HUNTER, LILLIE MAE

First edition. 8vo. Signed by the author. Cloth, titles stamped in black ink on front cover and spine, [12], 171 pp., preface, illustrated. From its earliest settlers in the late 1880s through the 1950s we have a very scarce history of Castro County, Texas. Herd 1104 says "Much on the cattle business of West Texas." Six Guns 1086 says "This little privately printed book is mostly about life in the cattle country of West Texas, but it does have some slight material on Sam Bass that I have never seen before. In writing of Ira Aten, the Texas Ranger, the author says that the event that influenced him to become a Ranger was his presence at the death of Bass when the good citizens of Round Rock sent for Aten's father, a minister, to come to pray for him." Near fine, tight, clean copy.

The Dutch Shoe Mystery. A Problem In Deduction
ELLERY QUEEN

The Presidio. Bastion Of The Spanish Borderlands
MAX L. MOORHEAD